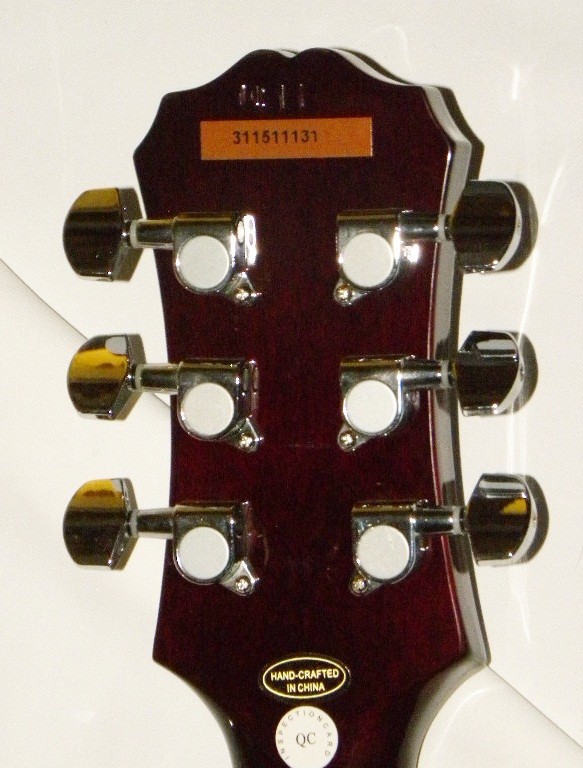 The factories identified by the codes above are based on patterns which users have observed. The numbers appear as the 5th and 6th digits in the serial number. This information has not been officially confirmed by Epiphone.


The new "F" models are made in China. The new system seems to be just continously running model numbers rather than a dedicated code for year, month, and place of manufacture. There is no way to tell the year or the month it was made. A few points of note: The original serial numbers are usually defaced.

Original warranty is void. Sometimes the word "2nd" is stamped on the back of the headstock. MIRC specs can often be different from stock specs. We can see tgat clearly on the water damaged label.

I had figured that she was made at the Korean Samick factory in August and was the rd unit made that month and I got it all right-my ancient 63 year old brain can still retain the important things in life,such as guitar and amp specs I just got an Epiphone DR in a bait and switch last night. Didn't want to feel like i was wasting both our times so i got it anyway. I can learn how to work on guitars at least as it's missing a string and some frets are sticking up.

Nobody seems to think this is a valid serial number.